Explore The Palace of Knossos, the most important monument of Minoan civilization where the mythical Minotaur was once said to have lurked in a labyrinth.

You can visit all the places from the list or pick only the ones you like. Just inform your driver about your choice before the ride. During the stops you can do whatever you want: visit the landmarks, take pictures, ask your driver about the place e.t.c. Take as much time as you want within the overall time limit of the trip. 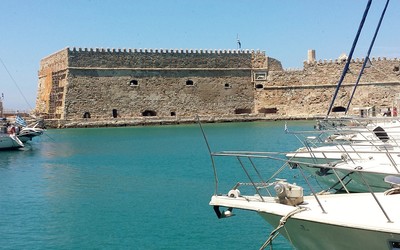 Heraklion, also known as Iraklio, is a port city and the capital of the Greek island of Crete. It’s known for the Palace of Knossos, just outside the city. 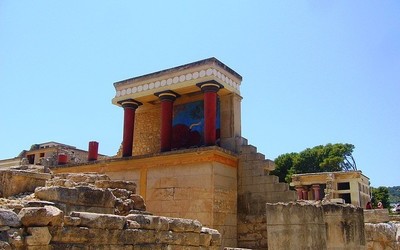 Knossos is the largest Bronze Age archaeological site on Crete and has been called Europe's oldest city. 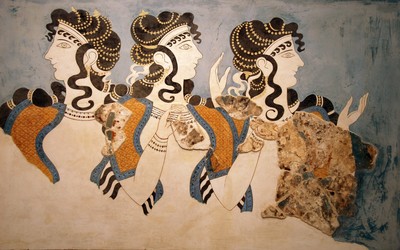 It is one of the greatest museums in Greece and the best in the world for Minoan art, as it contains the most notable and complete collection of artefacts of the Minoan civilization of Crete 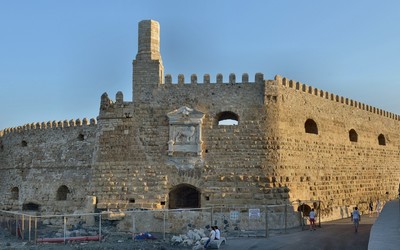 The Koules or Castello a Mare is a fortress located at the entrance of the old port of Heraklion, Crete. 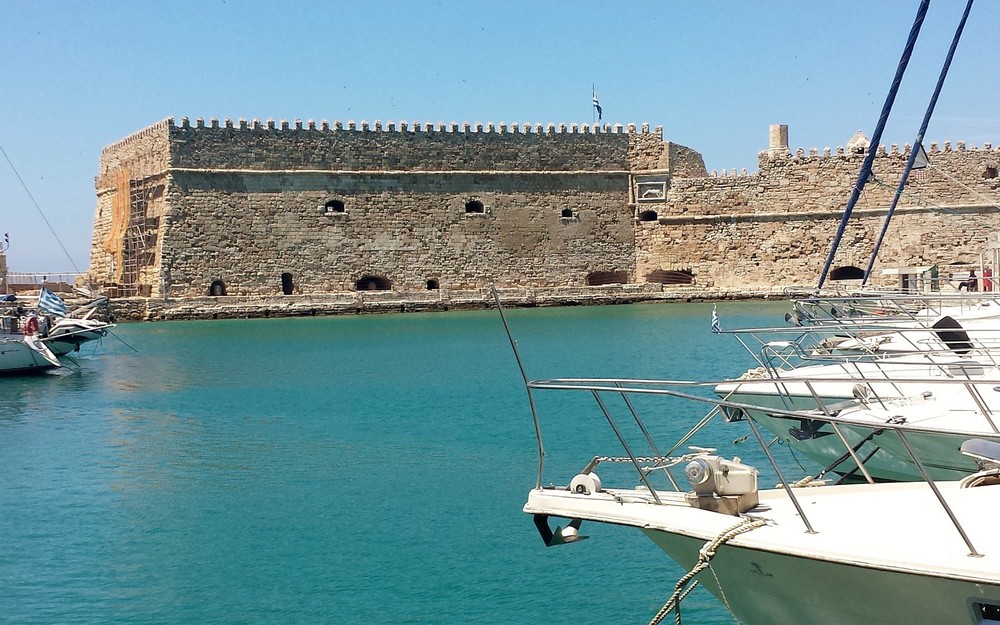 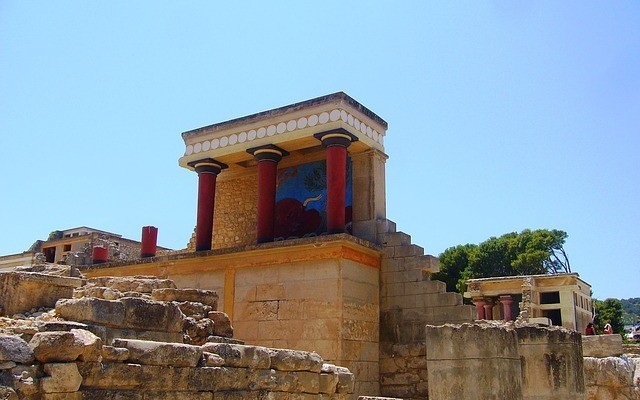 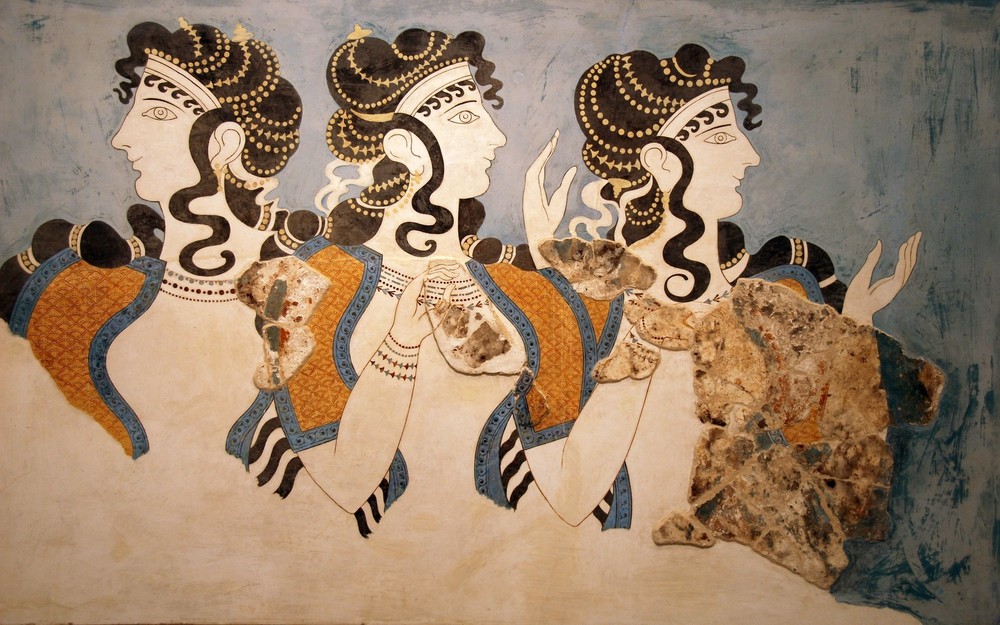 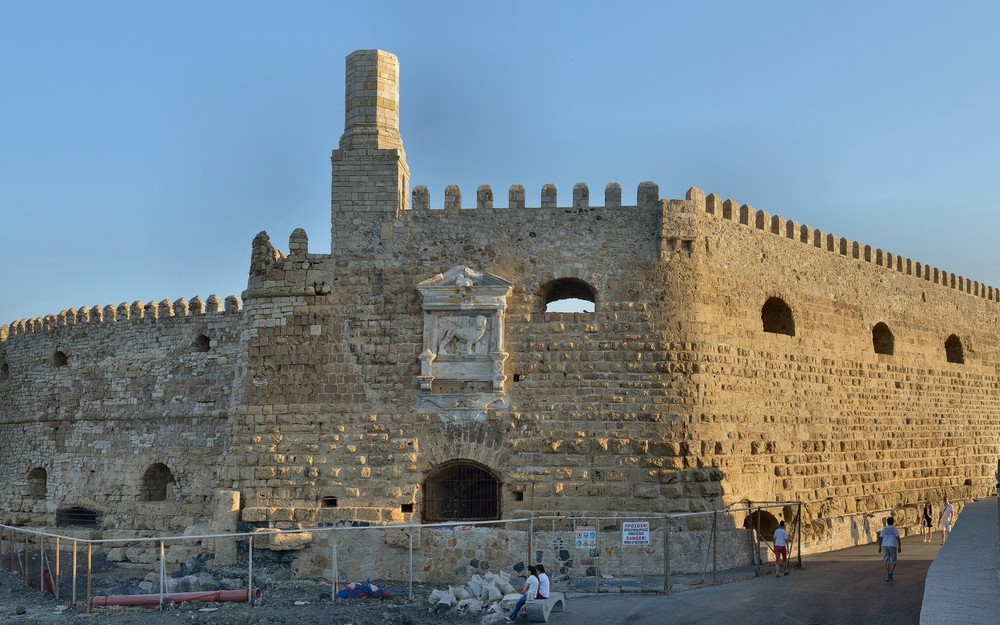 Visit and explore the main sights and landmarks of

1Heraklion / Starting Point in the comfort and convenience of a private car. This experience combines the typical historical sites, with some hidden gems the city has to offer.

The tour is completely customizable, so you can choose how long you wish to spend in each location as well as make extra stops if you like.

2Knossos archeological site is just 5 km southeast of Heraklion. The first excavation was conducted in 1878 by Minos Kalokairinos. The site expands about 22.000 sq.m. Human inhabitation of it stretches from 6.800 – 1300 BC.

It is the biggest Minoan Palace of Crete which architectural features were copied later. The building is built around the big rectangular central yard and extends towards each direction, multi-floored and quite complicated at places. Within its premises, multi-use rooms and buildings were discovered such as: a great number of storage rooms and hundreds of ‘pithoi’, or jars, pottery workshops, stone carvers' workshops, metal makers areas, shrines and temples, ‘lustral basin’, or purification rooms, throne room with a gypsum throne, staircases and living quarters.

The palace was destroyed twice and it was partly after the final catastrophe. It is very likely that during its first phase it was not a complete building, but a collection of ‘insule’, a number of different non-united blocks.

3Heraklion Archaeological Museum is one of the most important and significant museums in Greece. The museum was built between 1937-1940 and boasts 20 rooms with exhibits originating exclusively from Crete. The collections come mostly from central and eastern Crete and cover a span of 5.500 years. The exhibits are presented following the chronological evolution of the Minoan civilization.

Last but not least, you will have the chance to visit the

4Koules Venetian Fortress that dominates the entrance to the Venetian Harbour of Heraklion. The Venetians called it "Sea Fortress" (Castello a Mare or Rocca a Mare), but today it is Known by its Turkish name, Koules, a corruption of Su Kulesi (Water Tower). It is one of the most familiar and beloved monuments of the city, and the symbol of Heraklion.

On the way back to your accommodation to the city of Heraklion, your Welcome driver can suggest a nice local restaurant for you to grab some lunch.

I had a great time on this tour, our driver George was very knowledgeable, friendly and informative. I highly recommend this tour.

Once you complete your booking you will receive a confirmation email. Feel free to reach out to our customer service team at hello@welcomepickups.com for any specific questions regarding your booking.

We recommend that you wear comfortable clothing and good walking shoes since certain areas, such as walking around the Knossos site, contains many steps and may have uneven or rocky ground.

Other rides in Crete 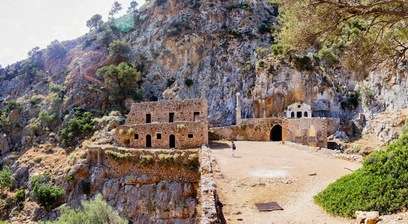 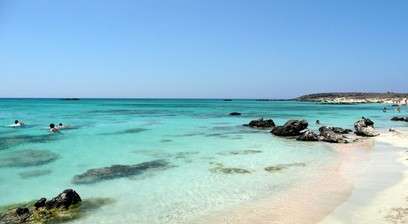 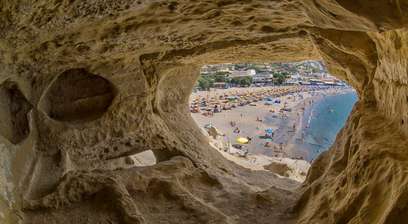 Spend a full day exploring the best of Matala Village and Phaestos Palace. 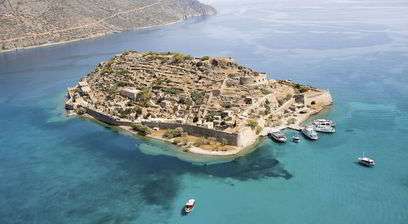 Visit Agios Nikolaos and the Elounda Lagoon. Explore the fishing village of Plaka as well as the island and former leper colony of Spinalonga.